During the biggest stone fair in Germany, the bi-annually stone+tec 2013 Fair Stone organized a Podium on sustainability in the natural stone industry.

Mr Peter Pluschke from the city of Nuremberg welcomed the audience and outlined the sustainability engagement of the city. A short introductory speech about sustainability in the stone sector by Walter Riester initiated the panel. 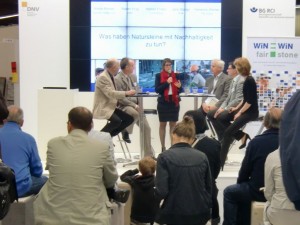 In general the panel agreed that the trend towards more sustainability - driven by committed companies and a greater interest of the general public - will pick up speed in the coming years. More and more German cities commit to a fair public procurement and demand, for example, the compliance to international standards in public tenders. The German government has paved the way for fairer public procurement, but so far some practical problems remain. Fair Stone will engage in the solution finding process together with ISSA Mining, DNV and other involved parties. Your opinion matters as well, contact us and get involved in the discussion. 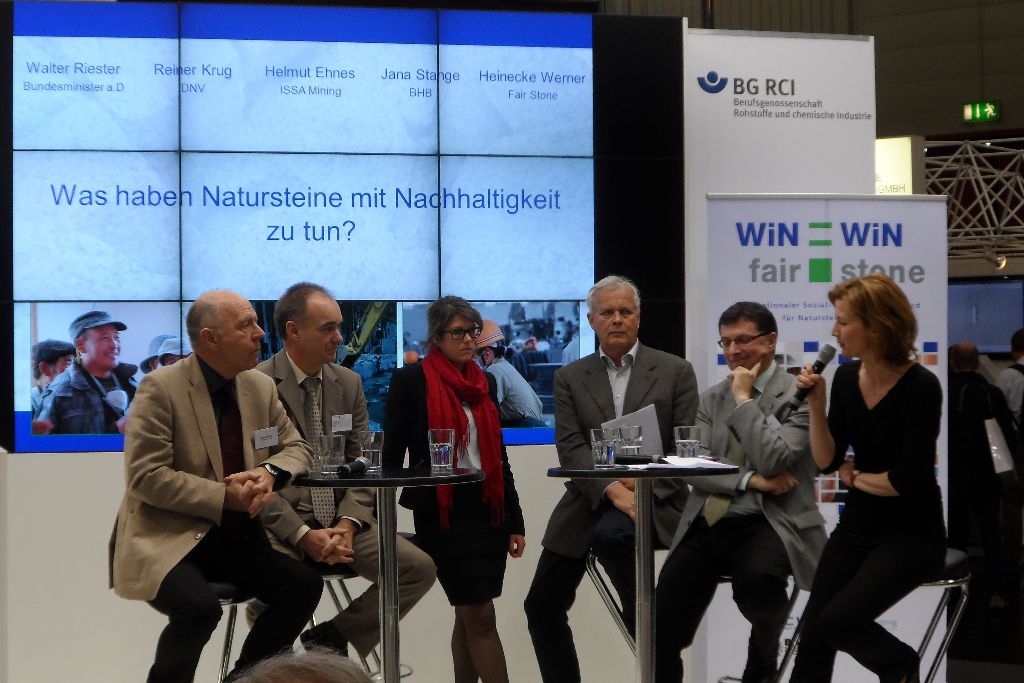 The Fair Stone team thanks all speakers, organizers and visitors involved and is looking forward to further events.